How to use a MIDI controller to control brush sizes in Blender with REAL sliders! 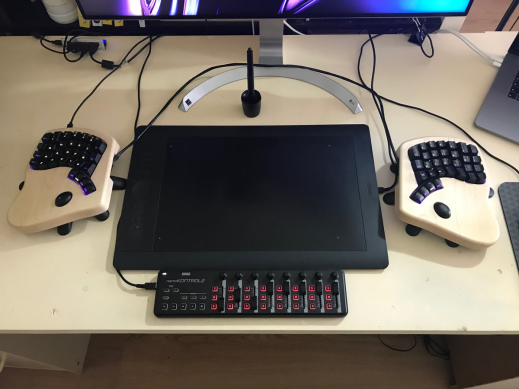 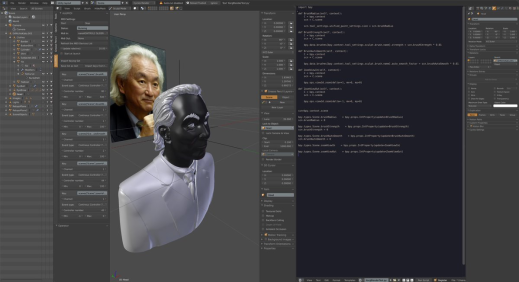 While I was working on a 3D sculpting ‘sculpted’ hair for a model of Dr. Michio Kaku in Blender, I wondered how much nicer it would be to control the three main settings for the sculpting brushes in blender; size, strength and smoothness, with real physical sliders instead of the onscreen digital sliders.
Since I already bought a KORG nanoKONTROL2 MIDI controller with 8 sliders, for experimenting with the Unity game engine a while ago I started looking into a way to hook it up to Blender also..
It turns out there is a plugin called AddMIDI that does just that, it adds MIDI support to Blender. It did require a little bit of Python scripting to get it going, but lucky for me I have some experience with Python code from messing around with Raspberry Pi’s.
It also requires clicking two buttons every time I want to use the MIDI controller but the nice thing about it is that with a few lines of code you can basically program the sliders and knobs on the MIDI controller to do anything in Blender!
At the moment I’m using three sliders to control the sculpting brushes in blender and I also programmed undo, redo, zoom in and zoom out buttons on the midi controller.

There are a couple of  advantages to having real physical sliders:

So if you are in the possession of a MIDI controller yourself and you want to give this a try, then I made a hopefully easy enough to use .blender startup scene file that you can download from Dropbox with this link:

You have to install the AddMIDI plugin first!:

Also you may have to use your MIDI controllers software to change some CC numbers to match with those in Blender,.. I had change CC0 slider to be CC80 because the AddMIDI plugin doesn’t allow a CC number lower than 1: 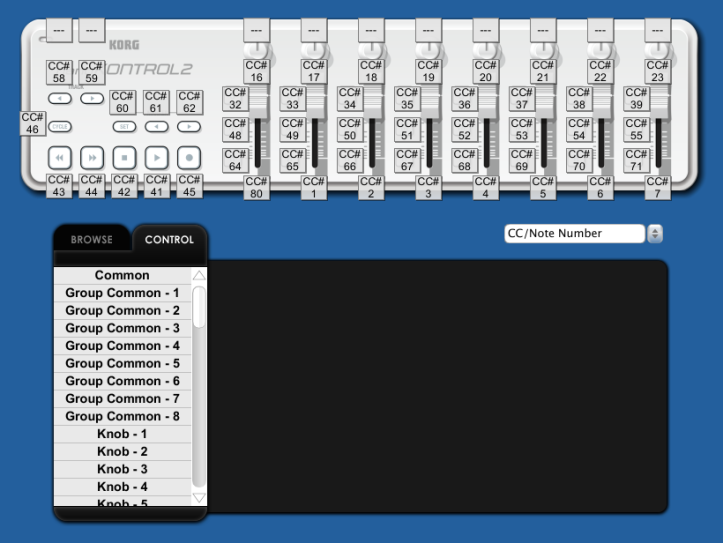 I also changed the buttons used for undo and zoom on the MIDI controller to be of type toggle..

If you happen to also have the nanoKONTROL2 than you can download this KORG scene file and upload it to your nanoKONTROL2: